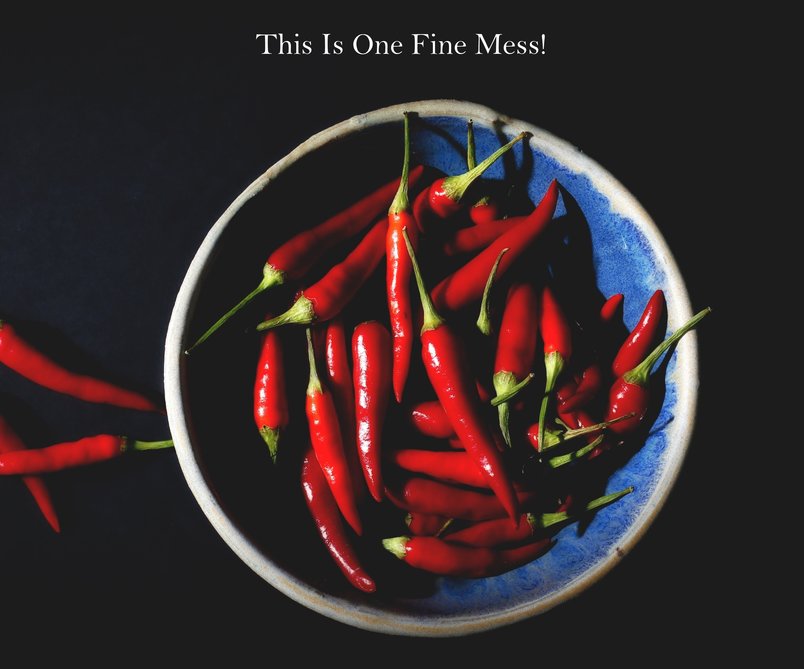 There has been an awful ruckus in my industry, and unless you are active in the herbalist community, or you read obscure web postings for little known health tonics, you might not know what is happening in the world of Fire Cider. In short, makers of Fire Cider are in a trademark war, and they have been for the last few years. It is hard to believe that anything so universally understood as a "wellness tonic for all," would evolve into a bitter legal matter, but it has. In the herbalist community, this legal action has caused levels of stress and heartache usually unknown in this quiet corner of commerce.

This trademark lawsuit is the most significant controversy to shake the naturally peace-loving makers of herbal products. There are many makers of Fire Cider, of which we are one, and it has caused untold hardship. Karen's Botanicals has remained silent; however, there is a court date set for March 25, 2019, and feel it is time to express our thoughts on trademarks and small makers of herbal joys.


The fight is over a name, nothing more than the words "Fire Cider," a term used for decades and generally used to denote a sweet, hot, spicy, biting at times, with no two versions being the same. Rosemary Gladstar mainstreamed this concoction of heat and spice in the books she produced. She called it fire cider, we called it fire cider, and peace reigned in the Queendom of warm, healthy tonics when everyone was allowed to call it Fire Cider.

There is a gentle-ladies agreement within the community of herbalist, which affirms the idea that each unique version is acceptable, and all may use the term, "Fire Cider." A problem never arose even with all the varying fire cider types. However, a couple of years ago a new corporation formed around the concept of fire cider and begin telling the women who had made Fire Cider for decades that they must now stop and give way to his version only.

Women, such as myself, started getting letters coercing us to make a name change. Some woman did change the name of their fire cider, but this did not seem to matter, because the new designation might contain the word, "Fire." The changes were made to avoid ugliness, but these changes were not enough to satisfy the corporation and their lawyers. Many small makers fear the threat of litigation. They are being told to remove Fire Cider from their shelves and rename their product something unrecognizable. How would the term Spicy Swamp Water equate to the name Fire Cider? Well, I don't think anyone would buy Swamp Water if they have used Fire Cider for the last twenty years.

Makers had to recall bottles from retailers, cut their prices, and in desperation, women have reverted to giving away their tried and true formulas to the general public and in short, legally pressuring women into harming their businesses and curtailing livelihoods to prevent the term geriatric term, "fire-cider," from being, "owned" by a corporate entity.

There is genuine sadness in what has happened. A small group of fire cider makers is now tied in a variety of legal fights for years to prevent the term "fire cider," from being taken over by a single corporation. These women have invested significant sums and many years to develop their fire cider. This new company, not involved in the herbalist community, is dictating that they alone are entitled to use the term fire cider. This business model seems rather harsh, and the decision to force other makers out of business through trademark law is morally questionable and goes totally beyond the pale.

Additionally, makers of fire cider, like myself, were forcibly told that we could no longer sell our product to wider audiences, such as eBay, Etsy, Amazon, Walmart, Jet. These giants expelled hundreds of small, mostly women-owned, businesses from participating in commerce in these venues. The corporation sending the threating letters to these herbalists then created a sort of monopoly with fire cider, thus limiting small makers, like myself, to an even smaller and more fragmented market for our products.

There is ironic humor in this story. You see, those of us who produce fire cider would have joyfully asked this man to come alongside us as an equal maker. We would have encouraged him to do his own thing and make his version of this spicy-sweet tonic. In other words, we would have welcomed this man into the fold. However, the corporate response to our sense of community is to paper herbalist all across the country with cease and desist order from attorneys.

The action of one corporation has brought fire cider makers across America into Federal Trademark Court. These are the same makers who would have encouraged the corporation to make their version of fire cider. The very women who, being driven out of business, are the very same who would have shared our formulas with him. Is this merely differences between men and woman; some men fight, most women cooperate? There appears the current norm is a lack of ethical judgment or moral compass; so did this company act from callous disregard for others rights to do business? I'm not judging. Perhaps, this is merely the unfortunate case of someone failing to perform the needed due diligence and now found themselves in over their head?

Whatever the reasoning for pushing women out of the fire cider business, it cannot be worth the ensuing chaos, cost, and pain it has caused small business women across the country who make their living in the herbalist community. The logic behind all of this litigation escapes me. Understandably, it is hard for a corporation to change its mind after making a decision; however, for the sake of all concerned and notwithstanding how burdensome, it is not impossible to make a better decision, change direction and end this fuss.

Sign Up for exclusive updates,
new arrivals and insider-only discounts

We promise to only send you good things.